The Crum Creek Viaduct, originally a pre-Civil War era five-span timber arch truss rail bridge on tall masonry piers, was re-built in 1895 as a steel viaduct with the line electrified in the late 1920’s by the Pennsylvania Railroad. The Viaduct carries the Media/Elwyn commuter rail line and is located between Swathmore and Wallingford stations, Delaware County. 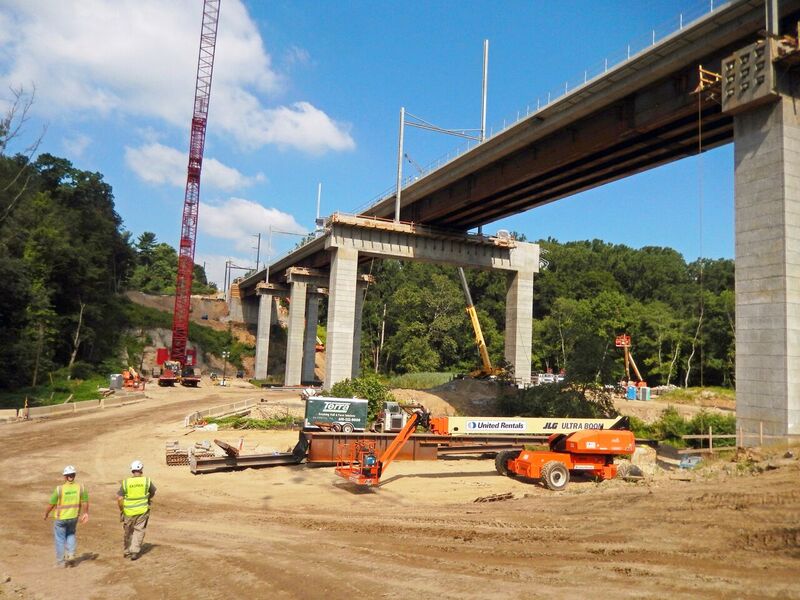 This rail structure, spanning an approximate length of 915 ft and standing 90 ft high, was acquired by SEPTA in 1983. At this time, emergency repair works on the structure were done to resolve the severe steel corrosion issues and extend the life of the bridge. Despite additional repairs performed in 2002, 2013 and 2014 the existing viaduct had reached the end of its serviceable life and required replacing to ensure continued safe and efficient rail service. SEPTA partnered with Walsh Construction, hired to build the new viaduct at Crum Creek. Construction works by Walsh Construction were to take 2 years. 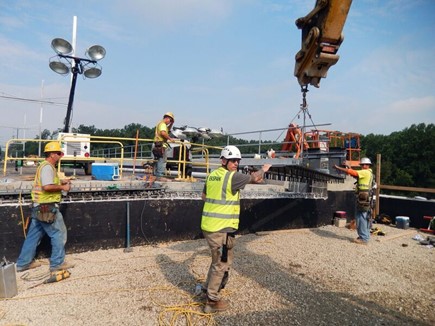 After being specified by Figg Engineering, Walsh Construction contracted Ekspan to design, manufacture, supply and supervise the installation of two T-Mat 260 expansion joints on Crum Creek Viaduct. The joint installation was carried out on the west and east abutments after the foundation work for the new sub-structure had been built. The bridge consisted of two abutments and four sets of piers - with 5 span continuous deck girders and a pre-cast post-tensioned deck. 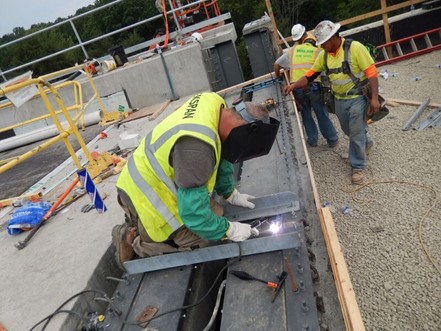 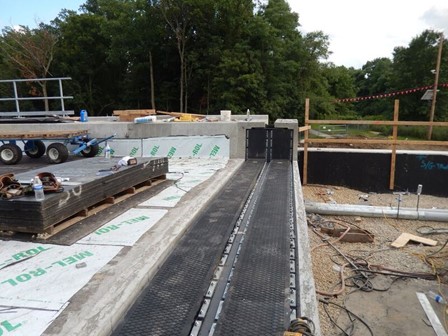 This international project presented its own challenges, including arranging logistics for supply and transport of goods to site and mutual co-operation in achieving design/supply approvals, including the use of US approved construction materials and US/metric conversion factors for dimensions/quantities. All work was done during the height of the summer season, where temperatures sometimes exceeded 100oF (36oC).